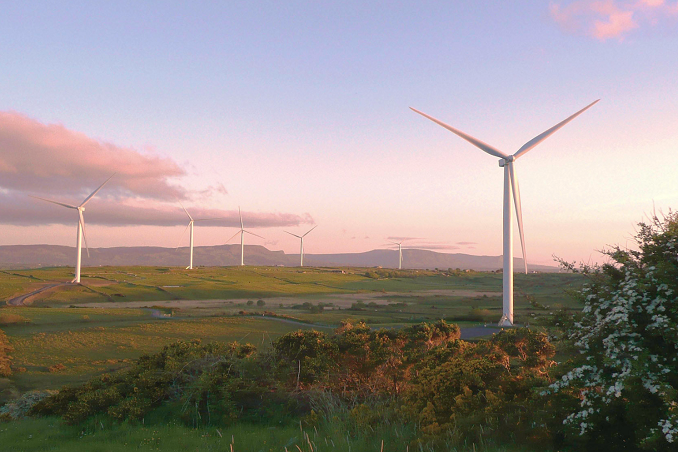 Statkraft, together with Renewable UK and other major renewable energy companies, have written to the new Minister of State for Energy Kwasi Kwarteng, calling for a new and more ambitious onshore wind power generation strategy.

The letter, which was written in early August, followed the decision to increase the UK’s climate ambitions to net zero emission by 2050, rather than the 80% reduction target in the Climate Change Act. It highlights the role that onshore wind power can play in meeting the government’s net zero target at lowest cost to the consumers.

Wednesday August 14th a new letter was published, from more than 150 MPs to Boris Johnson.

The MPs call for the energy subsidy schemes to be changed, so that onshore wind projects are no longer excluded and can compete against other renewable projects for contracts to supply electricity to consumers. In their letter the MPs also call for a change in planning rules, so that small-scale developments of less than 5MW capacity are “treated in the same way as any other application for renewable and low-carbon energy”, The Times write.

The Conservative Government ended support for new onshore wind farms in 2015 by closing the Renewables Obligation support early for new onshore wind, and by not setting up new CfD auctions for onshore wind after the first and only held back in 2014. As a result there has been an almost complete stop in development of onshore wind in the UK, in contrast to a strong expansion in offshore wind. The independent climate policy advisor Committee on Climate Change (CCC) has assessed 35 GW in 2035 to be consistent with a least-cost approach to meet the net zero ambitions. This implies increasing to well 2,5 times the current capacity of 13,5 GW.

Chris Stark, CEO of CCC recently stated in a hearing at the Parliamentary Committee of the Department for Business, Energy and Industrial Strategy (BEIS) that “the more onshore wind we have the cheaper net zero becomes.”

To read more about the letter to the Minister of State for Energy, click here.