Plans for a proposed extension to Berry Burn Wind Farm in Moray have been submitted to the Scottish Government by renewable energy company Statkraft.

The proposed development is an extension to the operational Berry Burn Wind Farm located approximately eight kilometres south of Forres. The proposal includes adding 9 turbines to the existing 29 turbine wind farm, with a maximum height of 149.9 metres to blade tip. It is estimated the extension would generate electricity equivalent to the average annual consumption of over 35,500 homes and deliver additional community funding of £189,000 per year.

The company first proposed a 10 turbine scheme, with plans evolving over the past 18 months as feedback from the community and statutory bodies was received.

Mícheál Ó Broin, Senior Project Manager for Statkraft said: “We have completed all of the necessary surveys and planning work, as well as a community engagement plan which first started in December 2018. We have been fortunate to have received thoughtful, considered feedback and guidance from the community and many other stakeholders. As a result, our plan has evolved, and we believe it is even stronger than it was at the outset.”

“This project is a great example of the rapid advances in turbine technology. In 2014 we installed a 29 turbine wind farm, generating electricity for approximately 48,000 homes.  Within a short space of time we are looking at a 9 turbine project which will provide for over 35,500 homes. Furthermore, because of this increased capacity, the extension would deliver roughly the same amount of community funding as the 29 turbines.” Mícheál added.

A wind farm of under 50 megawatts (MW) would normally be decided by Moray Council, however wind farm extensions are viewed in totality with the operational project (67MW), which means the application is made directly to Ministers of the Scottish Government.  The full planning application documents can be viewed on the development website.

The existing Berry Burn Wind Farm Community Benefit Fund has delivered over £1.1 million for community projects since it started, including recent grants of over £6000 for emergency Covid-19 relief.

Last month Statkraft announced that construction of their first Greener Grid Park would be in Keith, Moray This £20 million world-leading project will facilitate increased usage of renewable energy on the grid network.

Statkraft is also a member of the Moray Chamber of Commerce and will be working with the trade body to maximise opportunities for local suppliers to get involved. Interested local suppliers are encouraged to register their capabilities on the development website. 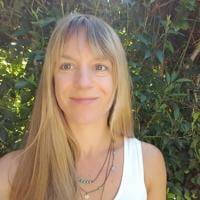 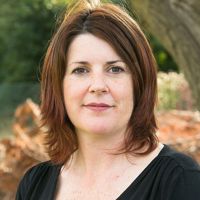