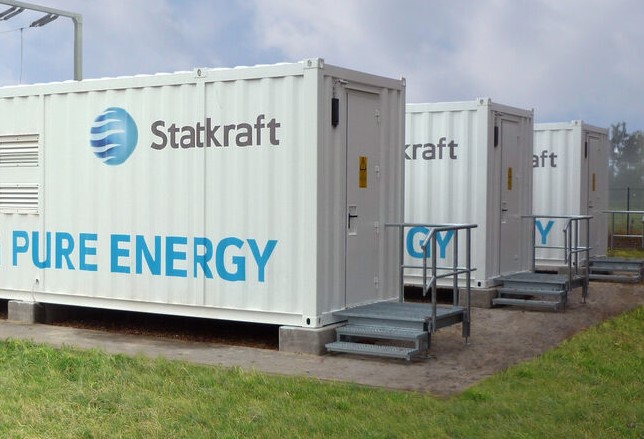 Statkraft has awarded a contract to Powersystems UK with civils subcontractor Knights Brown to undertake the electrical and civil engineering works for a £20 million grid project in Moray, Scotland. AECOM have been appointed Owner’s Engineer.

Construction is expected to start in the coming months and is due to reach operational stage in autumn 2021.

The project, located near the Scottish and Southern Electricity Networks transmission substation at Keith will include two large rotating stabilisers designed to provide stable flows of energy through the grid network, helping to increase the amount of renewable energy transmitted on the system and prevent power blackouts.

The rotating stabilisers are being manufactured in Rugby by GE Power Conversion, with steel casting and forging specialist Sheffield Forgemasters manufacturing the key component of the main rotator shaft and hub.

Statkraft was awarded the stability contract as part of National Grid’s Stability Pathfinder Project to meet its ambition that by 2025 the electricity system can be operated at zero carbon. The contract with National Grid provides grid stability services when there are no fossil fuel generators on the system to provide this. There will be an increased demand for this service as the amount of renewable energy generated increases.

The two machines at Keith are expected to be up and running in autumn 2021, with another project in Liverpool to follow.

Statkraft will manage the construction and operation of the project.

Statkraft UK Managing Director, David Flood said: “We are at the forefront of an emerging area for global energy systems. The UK are world-leaders in their approach to grid stability and we can showcase this expertise to other countries looking to do the same as their renewables capacity increases.”

Guy Nicholson, Statkraft UK Head of Grid Integration said: “Our grid network needs to keep up with the rapid progress renewables has made in the UK. Sometimes National Grid, as the electricity system operator, has been forced to shut down wind farms and run gas power stations to keep the system stable. More projects like Keith Greener Grid Park will mean that will become a thing of the past.”

Statkraft has received a strong response to a call for local suppliers made in conjunction with Moray Chamber of Commerce, with over 75 registrations of interest received in the first week. Local businesses can add their name at www.statkraft.co.uk/keith-local-suppliers.

Europe’s largest producer of renewable energy, Statkraft have consent to build a similar project in Liverpool, and have three other projects in the consenting process across Wales, England and Scotland. The company also have an extensive wind development pipeline in the UK including 400MW in planning.

Statkraft is a leading company in hydropower internationally and Europe’s largest generator of renewable energy. In the UK, the Group own and develop wind power, hydropower, solar power and Greener Grid ParksTM. It is also involved in the trading and origination of power from its own projects and those of third parties.

As a state-owned utility, Statkraft is a solid, dependable partner, committed to playing a leading role in the UK energy market.

In January 2020 Statkraft was one of five companies to agree a contract with National Grid ESO, worth £328 million over a six-year period, in a new, innovative and world first approach to managing the stability of the electricity system. The Keith Greener Grid Park is part of that agreement.

The project is located off Westerton Road, Keith, and was approved by Moray Council in May 2020. For more information visit www.statkraft.co.uk/keith

For more information about the named contractors visit:
www.powersystemsuk.co.uk