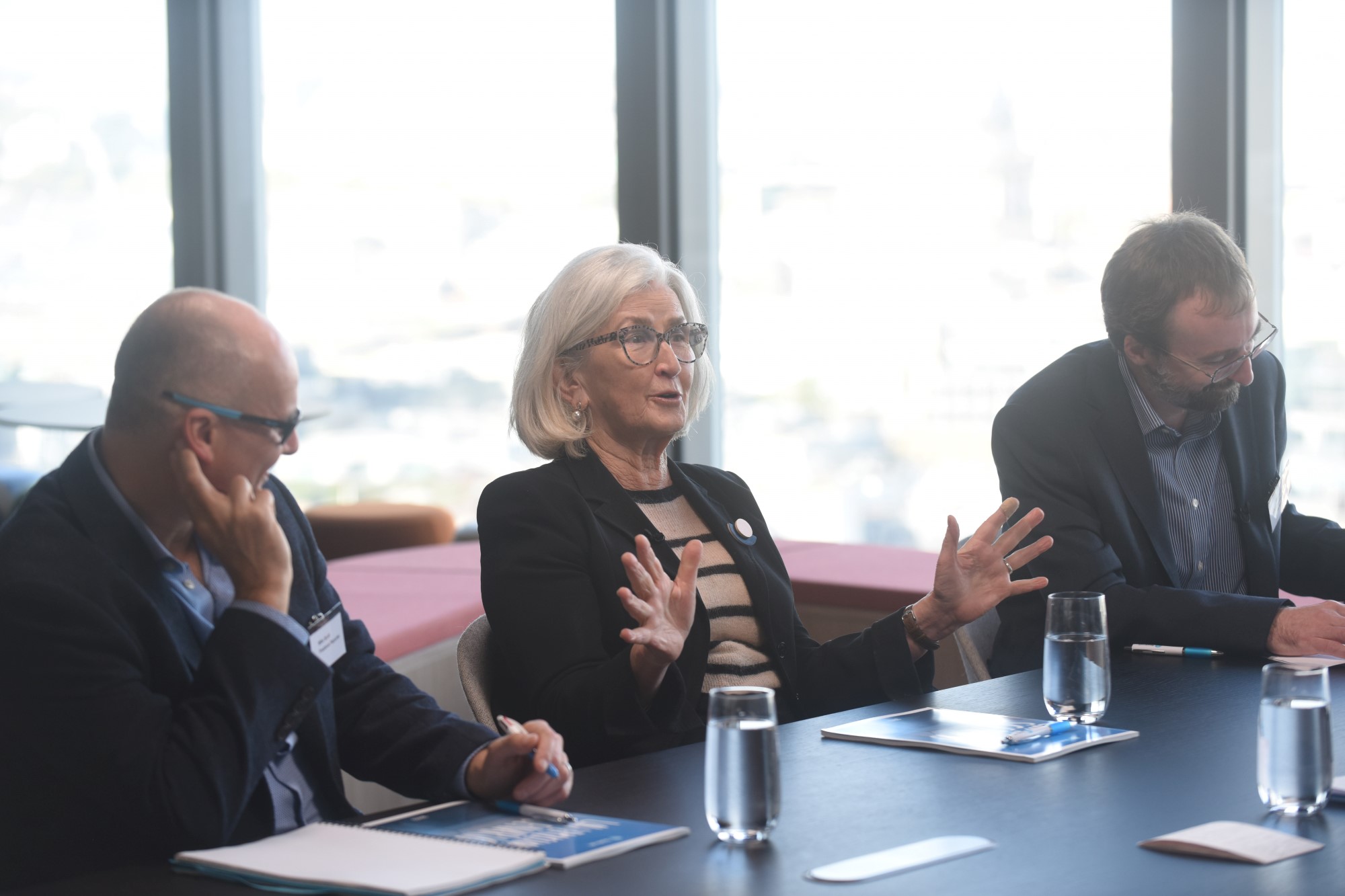 Earlier this year, an exclusive roundtable was hosted at Statkraft’s London office with leaders in climate science and policy urging for greater action and increased investment in renewables.

You can watch a short excerpt of the debate below:

The event was held to mark the launch of Statkraft’s annual Low Emissions Scenario report and included author of the Green New Deal, Ann Pettifor, and former RenewableUK and DECC CEO, Hugh McNeal.

Following the October release of the UK Government’s Net Zero Strategy, outlining how the UK will deliver on its commitment to reach net zero emissions by 2050, participants agreed that renewables must be the core of our path forward.

The role of the state vs the private sector

The need for a fundamental shift in the investment landscape and the role that government should be taking to make it a reality quickly, became apparent. Speaking at the event, political economist and author, Ann Pettifor argued: “There’s so much more we need to do, and given the latest and disappointing government net zero strategy announcement, it is clear the political will required to make the transformation here and in the US still does not exist. The delusion persists that the private sector can undertake this transformation. The private sector is largely risk averse, and cannot transform the energy system without backing, compensation and guarantees from the state."

She continued: “We must therefore work to change the narrative and make it acceptable for the state to take on a bigger role in the transformation, and in the creation of alternative transport, energy and land use systems. This is about changing the very dominant economic debate, which is that society must rely on private capital markets to allocate resources for transforming energy, for example. Instead, we must convince governments that it is the state that has to build alternative systems and frameworks, which will provide space for the private sector to innovate and take action.”

During COP26, the UN’s climate change summit hosted this year in Glasgow, we saw a stream of reports published announcing that governments and organisations are pledging to throw billions at negating the devastating effects of climate change. However during the Statkraft roundtable, Ann stated that billions wouldn’t cut it. “We can’t reach the goals we need to reach without governments mobilising the kind of finance that was mobilised in 2020 during the COVID-19 outbreak. We should be talking in trillions, not billions.”

Hugh McNeal, a leader in the renewable sector, had responded that it wasn’t just the quantity of money being pledged that matters, “With the right regulatory environment and framework, combined with the fact that wind and solar are now so much better understood, there’s enough money to achieve the goals we need to reach. So rather than penalising and cutting off companies who are still active and investing in brown or ‘dirty’ assets, we must make the required regulatory changes and take them on the journey with us so we can transfer the vast tech and skills they have at their disposal to the energy transition. It’s clear steps here that will create the  framework for the green future we all want and need to see.”

An energy transition at pace

Commenting on the launch of the Low Emissions Scenario report and during the high-profile discussion, Statkraft’s CEO Christian Rynning-Tønnesen said: “The greater appetite for action comes as the world has been called to arms, requiring us all to work in unison to slow the warming of our planet. It’s the mission of a lifetime, one that will define our generation. With the world slowly re-opening, so too are emissions returning to pre-pandemic levels, reinforcing our belief that the only way towards a 1.5-degree path is through the energy transition.”

He added: “Clearly, the scale of the challenge is underestimated while the speed of understanding has been too slow. This must change. We can’t wait as sea levels continue to rise and extreme weather reports continue to come in from all parts of the world. Instead, we must mobilise the global private sector to make the right investments now to start the energy transition in a way that’s scalable.”

Other key themes in the debate included: the areas requiring investment; the need for a focus on increased electrification to fundamentally transform the way we heat our homes and get around our roads; and the pivotal role hydrogen will play in reaching our objectives and maintaining energy stability.

The sixth annual Statkraft Low Emissions Scenario Report analyses the latest developments in the global energy markets to provide a foundation for its future investments. Its key findings, outlined further here, shouldn’t be taken lightly and provide clarity on the urgent action required to set us on the path towards a 1.5-degree climate target.