Ensuring a stable flow of electricity through the grid of power lines is an important task.

Solar cells and wind turbines provide clean and renewable energy, but create new challenges in the power grid. Statkraft is delivering technology to help prevent blackouts in the UK and Ireland. 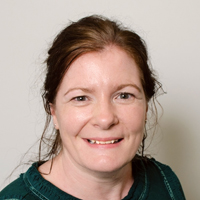 Bernice Doyle is responsible for grid services at Statkraft in Ireland. The Grid Services unit is part of Statkraft's business area Wind and Solar Power Europe. 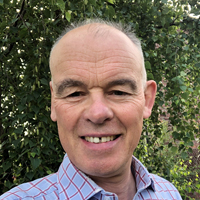 Guy Nicholson is responsible for grid integration at Statkraft in the UK. The Grid Integration unit is part of Statkraft's business area European Wind and Solar.

In traditional power plants based on coal, gas or hydropower, kinetic energy from turbines is converted into electric power using generators. The large turbines have so much inertia, and store so much kinetic energy, that they can easily cope with sudden interruptions in the power supply. This is similar to a bicycle that continues to roll long after the cyclist has stopped pedalling.

"Maintaining stability in the power grid has become a bigger challenge as we get more and more of our energy from wind and solar power plants," says Bernice Doyle, Head of Grid Services in Statkraft Ireland.

"These power plants do not have the built-in inertia of turbine-powered plants, so they have no reserve energy that can be switched on if a generator fails or a power line is cut. This can lead to a rapid drop in frequency and destabilisation of the grid – and in the worst case, a blackout."

Different countries have different types of technologies for producing electricity as well as different ways of ensuring a stable power supply. Norway, which gets almost all its electricity from hydropower, generally has no problem with inertia and frequency drops. Other countries, such as France, have a lot of nuclear power, where large steam turbines provide stabilising kinetic energy to the grid.

Most other countries – including the United Kingdom and Ireland – do not have access to large amounts of hydropower or nuclear power and until now needed to operate coal or gas-fired power plants to ensure a steady frequency in the power grid. In practice this means that, on an increasingly regular basis, these power plants are run only to stabilise the grid, even though there is more than enough power from solar and wind to cover electricity needs.

"The result is that we often don’t get to utilise all of the renewable capacity we have. The system operators run gas or coal power plants to be on the safe side and turn off wind turbines that could supply electricity. We aim to increase the share of renewable energy from the current 40 per cent to 70 per cent by 2030. If we are to achieve this goal, we must have solutions that can ensure stability in the grid and not emit large amounts of CO2," says Doyle.

This is where the rotating stabiliser, or synchronous compensator, comes in. These machines are designed to deliver the inertia needed to stabilise the grid and thus eliminate the need to run fossil-fired power plants. With the help of flywheels, the stabilisers can "store" kinetic energy in the same way as turbines.

"The rotating stabilisers are large machines weighing over 200 tonnes. While the turbines in traditional power plants convert motion into electricity, the rotating stabiliser uses a small amount of electrical energy to balance the friction losses and maintain the rotational speed. The units are designed with a large mass to create as much inertia as possible. The greater the inertia, the slower the system frequency will change during major power outages or disruptions," explains Guy Nicholson, Head of Grid Integration in Statkraft UK.

The machines that Statkraft are starting to use in Great Britain are designed by GE Power Conversion and ABB.

A rotating stabiliser is in many ways similar til turbines at hydropower plants (pictured) and is designed with a large mass to create as much inertia as possible. The greater the inertia, the slower the system frequency will change during major power outages or disruptions.

What does a rotating stabiliser do?

Occasional interruptions, such as when a power plant or an overseas cable is unexpectedly disconnected from the system, can cause an imbalance in the energy system and affect the energy flow, which can lead to a power failure.

In such situations, the rotating stabilisers supply kinetic energy to the system, stabilise the frequency until other power plants, batteries or hydropower plants can increase their power production, and return the power system to balanced operation.

In other situations with a sudden excess of power, the rotating stabiliser can absorb power.

In the UK, Statkraft uses rotating stabilisers in its Greener Grid Parks. Two such parks are under construction in Keith in Scotland and Liverpool in England, but several more are on the drawing board.

"Our grid must be adapted to the rapid progress that renewable energy has made in the UK," says Guy Nicholson. "Sometimes it's been necessary to shut down wind farms and operate gas power plants to keep the grid stable. Several projects such as Keith Greener Grid Park will make this a thing of the past. The rotating stabiliser does the job without emitting greenhouse gases, and that's exactly what we want."

The two machines in Keith are expected to be up and running in the autumn of 2021, followed by the project in Liverpool shortly after. If this proves to be a success, it opens up the possibility of a number of Greener Grid Parks being built in the UK and in other countries. Located at strategic points along the power grid, they will be able to help prevent power outages, ensure stability and, not least, reduce greenhouse gas emissions from energy production.

"In the UK, we have a goal of an emission-free power grid that can simultaneously deliver a stable and secure energy supply to households, business and industry. Statkraft's Greener Grid Parks with rotating stabilisers can be an important contribution to achieving that goal," says Nicholson.

"This solution means not only that we can use more self-produced renewable energy, but also that we can import more renewable energy via subsea cables from the continent. In this context, the planned submarine cable from Norway to England is also interesting. It will give us access to renewable Norwegian hydropower and give Norway electricity from British wind power when needed."

Ahead of the game

Statkraft was awarded the stability contract as part of the National Grids Stability Pathfinder Project to meet the ambition of a carbon-free power system by 2025. Statkraft believes that the demand for stabilising grid services will grow as the production of renewable energy increases.

"Statkraft has a great advantage as a large and highly experienced producer of renewable energy, and is a company with solid knowledge of the market and of managing energy resources.

Statkraft is gaining experience from the grid stabilising services which the company provides in the United Kingdom and Ireland, but it may quickly become relevant to offer such services in other countries with similar challenges," says Bernice Doyle.

"Italy is one example. The country is decommissioning a number of coal-fired power plants and developing a lot of renewable energy, and in the coming decade it will face many of the same challenges that we have in Ireland. It can definitely become an interesting market for Statkraft's grid stabilising services."

"Neither batteries nor rotating stabilisers is new technology, but using them as grid stabilising solutions is new and innovative. Statkraft is ahead of the game here,” Doyle concludes.

"A body remains at rest or continues moving in a straight line at a constant speed if no force acts upon the body or if the sum of the forces acting upon it is equal to zero."

Inertia is a phenomenon described in Isaac Newton's first law, The greater the mass a body has, the more inertia and more kinetic energy it has.

What about using batteries to stabilise the power grid?

Like rotating stabilisers or turbine-powered plants, batteries can be used to stabilise the frequency of the power grid, and they can be used in combination. Batteries are actually the fastest solution for delivering large amounts of power to the grid in an emergency.

During 2020-2021 alone, Statkraft has commissioned two large battery parks in the Republic of Ireland. One battery park, in Kilathmoy, was in operation for a year in the spring of 2021 and has played a crucial role several times  in stabilising the Irish power grid.

"Batteries can supply power to the grid in fractions of a second in the event of a drop in frequency and are the fastest power reserve available," said Bernice Doyle, Head of Grid Services in Statkraft Ireland.

Current battery technology, however, is not a solution for long-term storage of large amounts of energy to deal with long periods of low output from wind and solar. For these situations, there is currently a role for fossil-powered plants.

"Our battery parks currently have reserves for maybe half an hour of operation, and in the future we can get up to two to four hours. This is a way to help stabilise the grid today, and the batteries also provide short-term storage of surplus power for sale in the power market. For long-term storage of surplus energy from renewable power production, we must likely look for other solutions, such as green hydrogen," says Doyle.

Hydrogen can be used as a fuel, but also to drive turbine-powered plants, which can have a stabilising effect in the grid in the same way as coal or gas-fired power plants.