Statkraft’s annual Low Emissions Scenario urges greater action to shift global course to come close to a 1.5-degree climate target. Renewables remain at the core of this strategy, but we won’t succeed without clean hydrogen, according to the report.

“The world has been called to arms, to work in unison to slow the warming of our planet. It’s the mission of a lifetime, one that will define our generation.  With the world slowly re-opening, so too are emissions returning to pre-pandemic levels, reinforcing our belief that the only way towards a 1.5-degree path is through the energy transition,” says Statkraft CEO Christian Rynning-Tønnesen.

Each year, Europe’s largest renewable energy generator develops its Low Emissions Scenario, analysing developments in the global energy markets. The analysis is used as a foundation for Statkraft’s future investments and for the sixth consecutive year, we now share our key findings:

Green investments increased in 2020 despite the economic downturn caused by the pandemic. Investments in renewable power was 7% higher in 2020 than in 2019.

Renewable energy is already in most places cheaper than fossil fuels when investing in new capacity. Solar and wind technologies outcompete existing coal and gas power plants in more and more places.

Costs are on a declining trend. In general, for one euro invested in solar PV and wind today you get around four times the output compared to what you did ten years ago.

Power demand more than doubles to 2050 and all this growth and more is covered by renewable power. Renewable energy will supply approximately 80% of the global power system in 2050.

Electrification is the main tool for cutting CO2 emissions. The share of electricity in final global energy demand will more than double to reach 47% in 2050.

Energy saved is the most environmentally friendly form of energy. Electricity is more effective than fossil energy sources in most applications. In for example heating up a house, a heat pump needs merely 1/3 of the energy compared to a gas boiler. The same goes for electric vehicles, that require approximately 1/3 of the energy fossil fuel vehicles require to go the same distance.

2020 was a good year for electric vehicles. Global sales of battery-electric cars increased by 40%, even if total car sales fell.

The Low Emissions Scenario estimates that almost all new lighter vehicles will be battery-powered, while around half of new heavier vehicles will run on battery or hydrogen in 2050 worldwide.

"2020 saw record high buildout of solar and wind power. But we need to install more than twice as much every year to 2050 to limit global warming to two degrees."

FROM 2 DEGREES TO 1.5 DEGREES: Need to dramatically scale up transition

The combined effect of lower renewable energy costs and stronger climate policies will result in carbon emissions following a 2-degree pathway. Stopping global warming at 1.5 degrees, however, will require a substantial increase in both political ambitions and pace of global action.

2020 saw record high buildout of solar and wind power. But we need to install more than twice as much every year to 2050 to limit global warming to two degrees.

About 10% (9.6%) of global power demand will come from green hydrogen production in 2050 and more than 20% for Europe in the Low Emissions Scenario.

The costs of electrolysers have fallen by 60% over the last five years. This decline is expected to continue due to increased automation, standardization, and technology improvements. We expect that investment costs for green hydrogen production will fall an additional 60% by 2050. Falling costs of both renewable energy and electrolysers will make an increasingly attractive business case for green hydrogen.

The majority of clean hydrogen will go to industry: both to replace existing hydrogen feedstock and remove emissions in industries where direct electrification is impossible or costly, e.g. the steel industry. 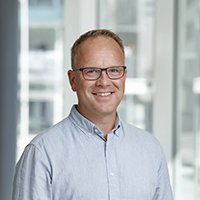