The critical role of flex in the energy transition 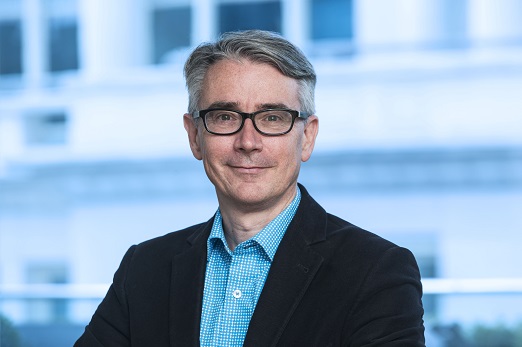 Renewables is THE solution to managing climate change. Most convincingly it’s the lowest cost form of electricity generation, and so its roll-out provides a level playing field when it comes to energy markets. Renewable power is also generated locally creating a form of security of supply. And it’s zero carbon – therefore solving the so called “energy trilemma”.

The remaining challenge is how to manage the variability of renewables. This is where flex comes in. The need for flex will grow significantly alongside the massive build out of wind and solar, necessary to hit the global temperature targets of staying within 1.5 degrees. The solution to this variability is the growth of flex assets and a flex market.

By flex we mean solutions such as batteries, gas engines (running on green hydrogen not natural gas), demand side management (DSM) of end customers and electrolysers. The scope for domestic DSM could grow significantly with smart charging in homes, vehicle-to-grid (V2G) charging of electric vehicles (EVs) and domestic heat pumps. Flex may also come internationally from more inter-connector builds and shipping green ammonia from sunnier climes. A key challenge in meeting winter lulls will be developing a storage technology that can store for days rather than a few hours, which will most probably come from hydrogen if it is to be zero carbon.

The scale of the challenge is enormous. It is quantified admirably in NGESO’s Future Energy Scenarios. There are four scenarios: Steady Progression scenario sees the minimum muddling through that misses the 2 degrees target; Consumer Transformation sees a big growth in domestic heat pumps and smart EV charging; System Transformation is a blue hydrogen and domestic hydrogen usage scenario. Finally, there is Leading the Way with an even greater and faster penetration of renewables along with electrolysis to produce green hydrogen. By 2050 across these four scenarios we may see:

This total renewable generation is much greater than the demand on the grid, which by then will have grown to between 80 and 95 GW. If there was no flex within the grid system, there would be nothing to absorb a possible 50 to 100 MW of surplus renewable generation. If there was no flex in the system, where will the power come from if there is limited wind and sun? Hence flex is essential to balance supply and demand by half hour in a low or zero-carbon system, otherwise the lights will go out.

Flex’s role in the energy transition is to ensure stability in the grid alongside the vast growth in renewable generation. According to the NGESO’s Future Energy Scenarios, the “long flex” position can come from:

These are clearly enormous changes to the system.

In a break from the past, whilst the largest assets will still be connected to the transmission system, much of the renewable generation and flexibility will be embedded in lower voltage distribution networks. This creates a new challenge in itself. We may even see nodal pricing of these income streams down to sub-station granularity giving clear market signals as to what wires investment is required. The amount of data involved is vast.

The grids themselves need to become more flexible to manage the drop off in inertia as fossil plants are retired and replaced with renewables. This inertia is imperative for a stable grid and to prevent blackouts; it’s a store of energy that flows to bridge breaks in generation. Physical inertia can be supplied from zero carbon grid stabilisers, a sort of giant flywheel that Statkraft has developed, called “Greener Grid Parks”.

Low levels of inertia can be supported by very fast frequency response and clever power electronics. This is a particular challenge for local distribution systems which will need a lot more local observation to see what is going on, and which will see huge growth in embedded but flexible demand from EVs and heat pumps. Longer-dated target levels of rate of change of frequency (RoCoF) will be required, as well as inertia markets that run in parallel to energy and frequency response markets, to support long term decision making and investment.

To make this work economically the build cost of storage in the form of batteries, thermal or mechanical storage and hydrogen electrolysis will have to fall significantly. And it is widely predicted to do so – the energy industry and its supporting sectors have an indisputable track record of delivering cost reductions at the scales of deployment and learning that the energy transition is bringing.

A new hydrogen and carbon infrastructure will need to be developed. Hydrogen production may start with blue hydrogen, from the burning of methane gas at key hubs such as the 15 mtpa North East industrial cluster and carbon sequestration in the North Sea’s geology. The carbon pipes could then be joined up to Merseyside, Glasgow and South Wales to create a network of carbon pipes with the blue hydrogen feeding into the existing natural gas system.

Large scale green, zero carbon hydrogen production may well start with the wind farms being built in the North Sea which could be used to electrolyse water, before transporting the green hydrogen to shore by pipe.

Both blue and green hydrogen may be mixed into the current methane transmission and distribution system, however once we reach a hydrogen concentration higher than 20% hydrogen, domestic equipment must be altered to cope with the leakage of small hydrogen molecules.

Nevertheless, we must see the speedy transition to solely green hydrogen to truly accomplish a zero-carbon energy system. According to Statkraft’s analysis, as part of its annual Low Emissions Scenario, nearly 10% of global power demand will come from green hydrogen production in 2050 and over 20% for Europe.

The earliest green hydrogen transition will most probably start with local solar electrolysis projects in the south of the country, near motorways close to big cities, where green hydrogen will be used to fuel HGVs and public transport. Ultimately though, much greater hydrogen electrolysis and hydrogen gathering will be required to develop a national hydrogen transport system. The economic question of power by wire or hydrogen by pipe will arise. The main nucleus of green hydrogen is likely to be wind in the North Sea and possibly the Scottish “central wind belt”, which will feed green hydrogen into the blue hydrogen system that will be developed earlier on. Green industrial processes will then develop around these clusters.

Whist green and blue hydrogen are the same molecules and carbon free, the initial subsidies for each type will need to be different, before eventually converging towards the long run lowest cost form.

Statkraft’s Low Emissions Scenario reports that the greatest demand for hydrogen will be to de-carbonise industrial processes, both in the form of high temperature heat and as a green chemical input. The second largest area will be in long distance and heavy transportation; batteries will be used for short distance domestic transport. The third area will be in heating buildings; our view is that heat pumps (which incidentally also provide demand side management) are more cost effective than hydrogen. The more modest hydrogen demand will be for power generation in winter weeks with low renewable production and high demand. This is because there is a 60-70 percent energy loss during the round trip of converting electrolysed hydrogen back to power.

We will also see the growth and increasing complexity of trading systems known as “virtual power plants” or VPPs which will optimise between the multiple markets to get the most value. One of these is the Day-Ahead Energy Market – balancing market, capacity, frequency, voltage, inertia as well as transmission and distribution constraints. A common standard for VPPs will evolve so they can interact with one another and transmission system operators/distribution system operators. However, strong security standards will be required or VPPs will be an easy target for hackers to turn off the UK’s power supply, which would have huge short-term economic consequences.

As well as building renewable assets and “Greener Grid Parks”, Statkraft, with its 125-year DNA of optimising flexibility through Norwegian hydro, intends to play a big part in this VPP market. It already has real time control of 20 GW of third-party renewable generation across Europe and 1.2 GW of flex in the UK and Ireland alone. Our goal is to add more value through optimisation than our competitors and to help accelerate this transition. We have a long-term commitment to investing and continuously improving our VPP and flex optimisation capabilities to remain at the forefront of the industry.

As can be seen there are major developments to be made over the next two decades in flexibility if we are to have a successful energy transition. This flex revolution is well on its way and the next few years will bring many exciting changes.