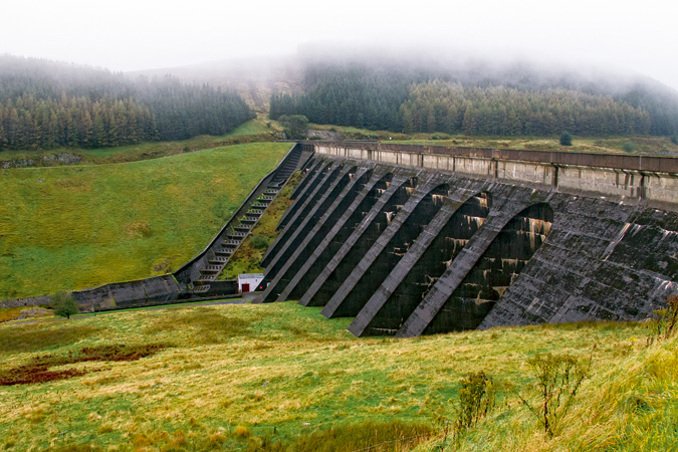 Rheidol Power Station is situated in the beautiful Cwm Rheidol valley 8 miles from Aberystwyth in Mid-Wales. Since 1962 the plant has generated renewable energy using rainwater that falls on the surrounding mountains and is the largest of its kind in England and Wales.

The hydropower plant is made up of an interconnecting group of reservoirs, dams, pipelines, aqueducts and power stations, and covers a total area of 162 square kilometres. The annual energy production is about 85 GWh – enough to power approximately 12,350 homes.

From Rheidol, Statkraft operate and maintain not only the hydro-electric scheme but also the onshore windfarms at Baillie, Berry Burn, Alltwalis and Andershaw.

With land at Rheidol including Sites of Special Scientific Interest and vast heather beds, the local environment is central to our work. We cooperate closely with Natural Resources Wales (NRW) and the Environment Agency regarding our operations and encourage biodiversity at all opportunities including tree felling and landscaping where logs are left in place for wildlife. We also provide fenced off areas for ant colonies in the forestry behind the main station.

The River Rheidol is an integral part of the Rheidol hydropower scheme and also a breeding area for salmon and trout. The fish originally had to pass Trotter’s Falls to reach their spawning grounds but when the Falls were replaced by a new dam, weir and bridge at Felin Newydd we included/constructed a special 'fish lift' to allow the fish to reach their old spawning grounds. Upstream of the power station a 'fish ladder' was cut into the rock to bypass the Rheidol Falls and thus opened up new spawning grounds to the fish. The fish ladder rises 6 metres and has 14 pools.